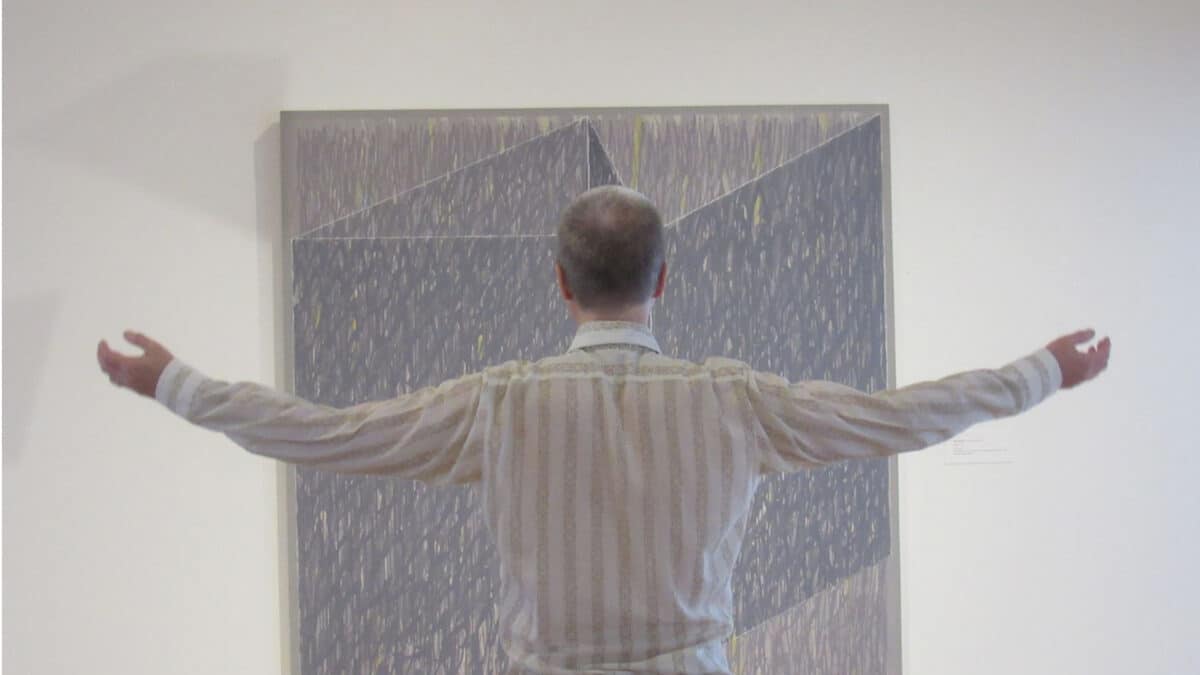 As part of the Des Moines Art Center’s new My Museum Monday program, each month an Art Center member is invited to spend time in the museum when the building is normally closed to the public. We received dozens of applications to take part in this experience and are excited to begin sharing them with you.

Kevin Smith was first exposed to Tai Chi over 20 years ago when living in D.C. Initially, he was frustrated with his perceived lack of progress and gave up on practicing. But 10 years later, he decided to give it another shot, this time feeling committed and ready. “It felt like coming home to my body,” he said. Since then, Kevin has been practicing Tai Chi regularly and even became a certified Tai Chi instructor in 2010.

For Kevin, practicing Tai Chi has had a huge impact on his life. “Coming of age as a young, queer man during the AIDS crisis was very difficult. Holding tension in my body became a survival mechanism. Tai Chi has allowed me, slowly, gently, and patiently to release that tension, integrating many parts of myself, including the memories of traumatic experiences.”

When he found that there was an opportunity to spend time alone in the museum, he jumped on the chance to be able to practice Tai Chi with the art. He says that he loves to practice Tai Chi in beautiful environments. “The slowness of the movements deepens my experience of being present where I am. I’ve enjoyed Tai Chi at Central Park in New York, Hyde Park in London, on a bluff overlooking the beach in California, and on the banks of the Iowa River. But until my Museum Monday experience, I’d never done Tai Chi in an art museum. It seems to me a perfect space for Tai Chi!”

Kevin chose to do 3 different forms of Tai Chi in 3 different rooms 3 times, to allow him to fully experience his time there. The types of Tai Chi he practiced were informed by the aura of the space he was in. Kevin started with a Qigong warm up and Longevity Tree form, then practiced the Tiger form in a sunny spot next to the Noguchi sculpture and the Lewis de Soto coals. According to Kevin, “Tiger is a more demanding Tai Chi form, with a focus on balance and connecting to the Earth. Both the Noguchi sculpture and the land art installation were inspiring in that regard.” Then Kevin moved to Queer Abstraction, where he practiced the Yang form, which is expansive and requires a lot of space for movement. “I had the sense that the earlier forms in the earlier rooms had opened me up to this larger space where I could experience my own queer body and identity in the company of artists who were also exploring questions of gender and sexuality,” Kevin said. “It was very healing.” Finally, he ended in the Pei wing with the Felix Gonzales-Torres work, Untitled (Water). “I don’t often get to practice Tai Chi for as long as I did during my Museum Monday experience, so by the time I got to the alcove behind the beads I was feeling incredibly relaxed and buoyant and internally spacious. Bringing the three movements into the same space while I watched, listened to, and felt the colored beads sway back and forth increased my sense of peace and harmony. It was magical.”

During his experience, Kevin noticed how being in the company of the different artworks slowed his attention to a micro level of awareness. “I have always enjoyed lingering before an interesting piece of art, but the experience of looking at art while doing Tai Chi deepened the experience considerably.”

Kevin supports the Art Center as a member because he believes in the power of free museums. “Beyond its excellent collection, exhibits and programs, it matters to me that the Art Center is free, that it is a welcoming, creative, inquisitive space for everyone. I am a grateful member of the Art Center.” 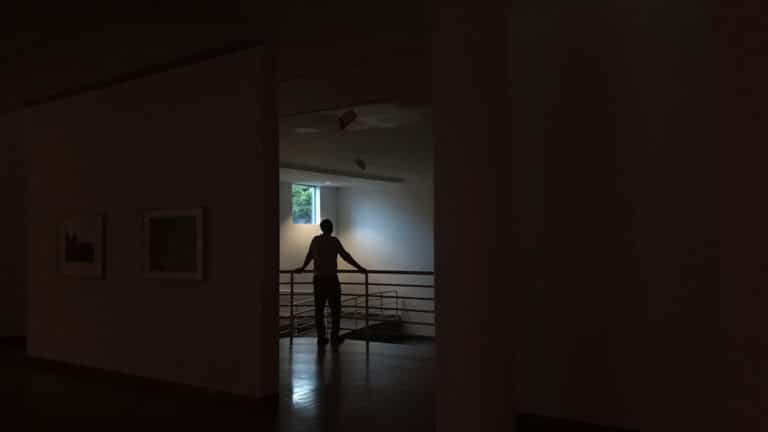 On a quiet Monday morning in June, Eric Heininger got up to get ready for work as if it was any other day. However, instead of heading straight to the office, he found himself at the Art Center at 5:20 am. 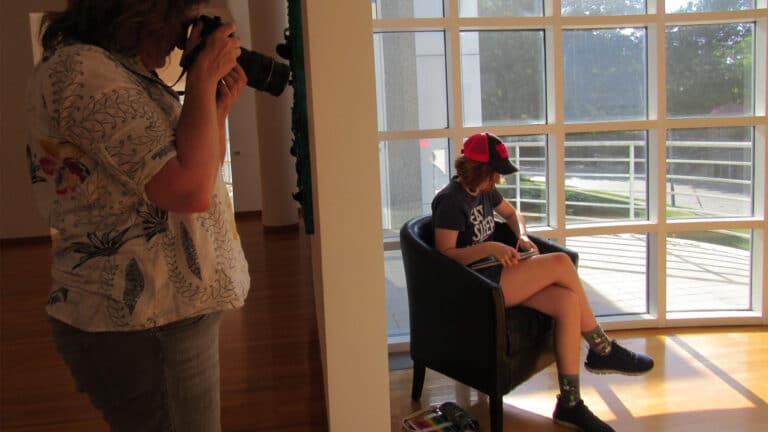 As part of the Des Moines Art Center's new My Museum Monday program, each month an Art Center member is invited to spend time in the museum when the building is normally closed to the public. We received dozens of applications to take part in this experience and are excited to begin sharing them with you.